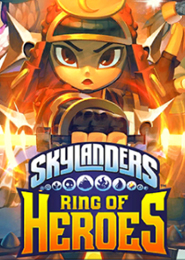 No search result. Please search something else.

Skylanders is a toys-to-life action-adventure video game series published by Activision. Inspired by the Spyro series, Skylanders games are played by placing character figures called the Skylanders on the "Portal of Power", a device that reads the figures' tags through NFC and "imports" the character represented by the figure into the game as a playable character.