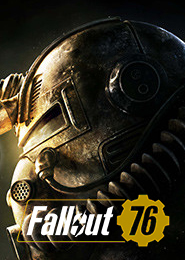 Fallout 76 is the newest online multiplayer action role-playing video game. It is the ninth game in the Fallout series and serves as a narrative prequel to the series. Fallout 76 will be Bethesda Game Studios' first online multiplayer game. Players may play individually or with a party of up to three others. The game will feature an open world four times the size of that of Fallout 4. The game will also feature numerous new mutated monsters, several of which—such as the Mothman and the Flatwoods monster. To enhance your adventure and compliment your gameplay, you can buy fallout 76 caps or buy fo76 caps from our list of reputable sellers here at KALEOZ.com in a safe secure environment and at cheap rates.